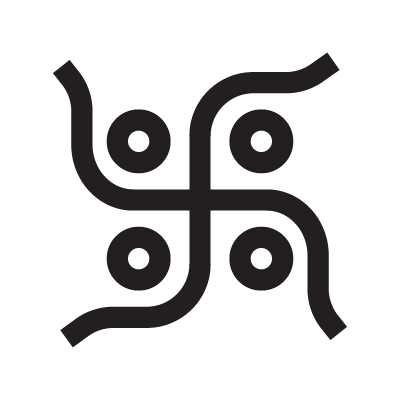 Swastika is the symbol of auspiciousness and good fortune-literally, “It is well.” The right-angled arms of this ancient sun-sign denote the indirect way that Divinity is apprehended: by intuition and not by intellect.