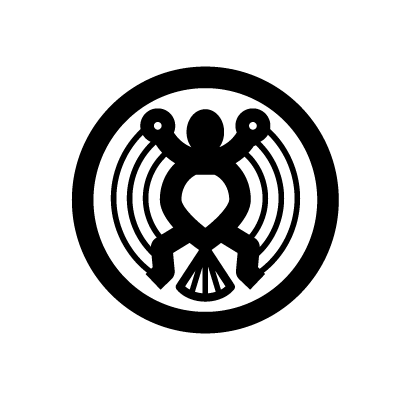 Taknokwumu depicts the spirit who controls the weather. He might be considered a rain god, and would be invoked in times of drought. He is depicted with four limbs and a tail, with his arms and legs connected by rainbow stripes. The symbol places Taknokwumu within a circular shield and is associated with the Hopi Fire Clans.