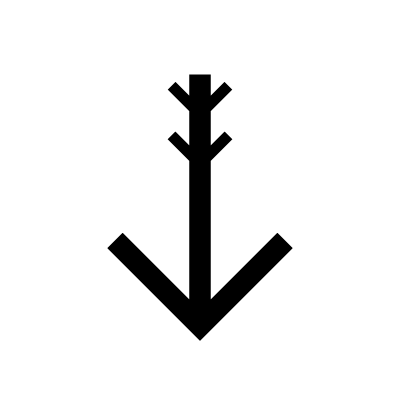 The Talent symbol consists in a downward-facing arrow with a wide V-shaped head and long, thin shaft. Near the top of the vertical line of the shaft are two smaller wide V shapes depicting fletching or flights. The Talent symbol represents spiritual development and the need to nurture and develop one’s talents.