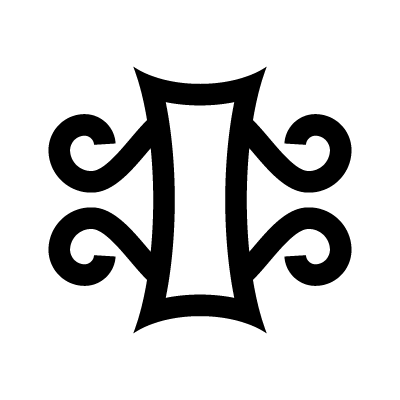 The Tamfo Bebre symbol represents jealousy, evil, or ill will. It translates to mean either, ‘the enemy will suffer’ or ‘the enemy will stew in his own juice.’ The symbol is sometimes said to depict a bowl that will not submerge in water, due to increased pressure resulting in an increase in resistance. For this reason, the symbol may also represent futility.