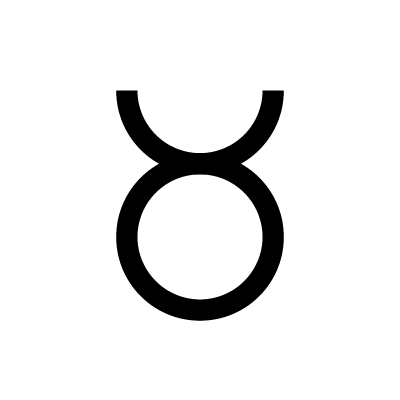 Taurus is the second sign of the zodiac and is the symbol of the bull. The symbol consists of an unfilled circle, which has a curved line above it forming stylized horns. It is associated with earth and femininity, as well as the planet Venus. Those who are born between April and May have Taurus as their star sign.