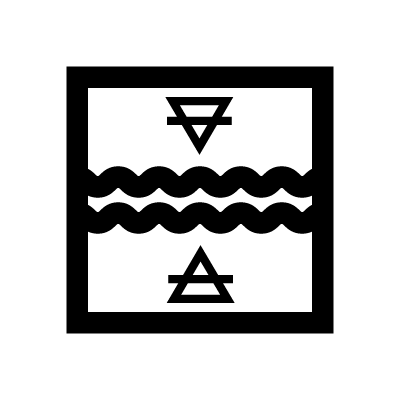 Temperance depicts an androgynous angel with outstretched wings. The angel wears a bright crown and moves liquid between two cups or bowls. Temperance, when drawn upright, represents balance, moderation, restraint and patience. Reversed, the card represents imbalance, excess and adjustment. The symbol consists of the alchemical symbols for earth and air divided by a waving line that represents humanity. All are contained within a square, symbolizing balance and natural law.