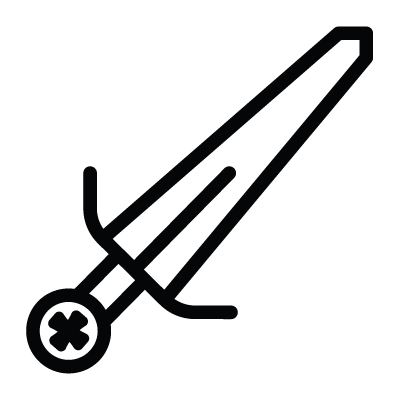 The Templar sword was supposed to symbolize the sword of the Grail, through which the wrath of God falls on sorcerers, sorcerers, serpents and other evil spirits with which the Grail knights are fighting.
The phrase “sword of the Templar” is often perceived as something separate, standing out against the background of other weapons of the same type. But despite the temptation to romanticize the weapons of such an outstanding Order, the reality is always simpler. The weapons of the Knights of the Temple were blades that were quite ordinary for their time, which were not structurally different from the swords of other knights and nobles.