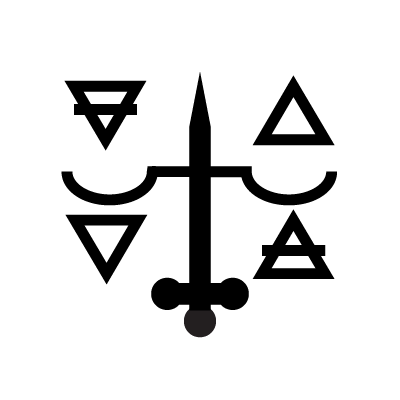 Description of The Justice

The symbol for Justice depicts Lady Justice, holding in one hand a sword and the other balancing scales. Justice, when drawn upright, represents fairness, truth, law and impartiality. When reversed, the card represents unfairness, dishonesty and prejudice. The symbol consists of a set of balancing scales, around which are the four alchemical elemental symbols. The two sitting upon the scales represent earth and air, symbolizing the need that justice be all-encompassing.