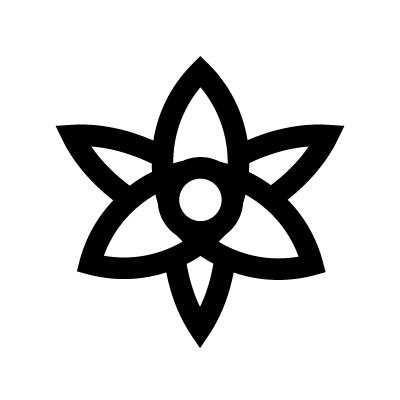 Description of The Lily

The Lily symbol depicts the eponymous flower placed within a triangle, with its petals reaching outwards towards three points. Another triangle sits at an angle to this, and is attended by three smaller petals.