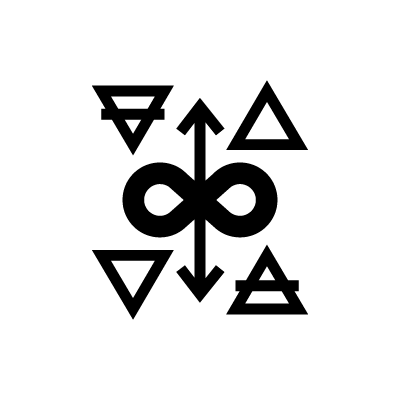 Description of The Magician

The Magician depicts a bearded man, sitting at a table that is set with a cup, pentacle, sword and wand – representing the four elements: water, earth, air and fire. The Magician card, when displayed upright, represents resourcefulness, inspiration, power and action. Reversed, the card represents manipulation, poor planning and wasted talent. The symbol consists of 4 alchemical elemental symbols, around an arrow pointing, as does The Magician, skywards and earthwards, which is intersected by sign for infinity, suggesting the power and mysticism associated with the figure on the card.