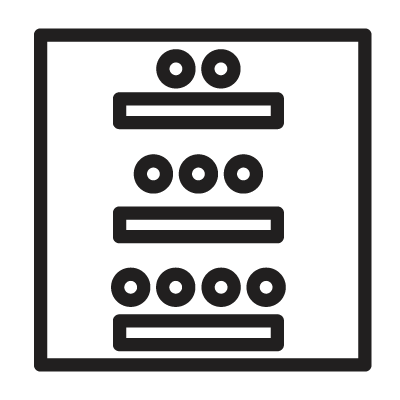 Description of The Mayan Numbers

The Mayan Numbers are the notation of numbers based on the positional numeral system used by the Maya civilization in pre-Columbian Mesoamerica.
This system was used for calendar calculations. In everyday life, the Maya used a non-positional system similar to the ancient Egyptian. The Mayan numbers themselves give an idea of ​​this system, which can be interpreted as recording the first 19 natural numbers in a five-fold non-positional number system.
The Maya numbers consisted of zero (shell sign) and 19 compound numbers. These numbers were constructed from the sign of the unit (dot) and the sign of the five (horizontal bar). For example, the number 19 was written as four dots in a horizontal row above three horizontal lines.