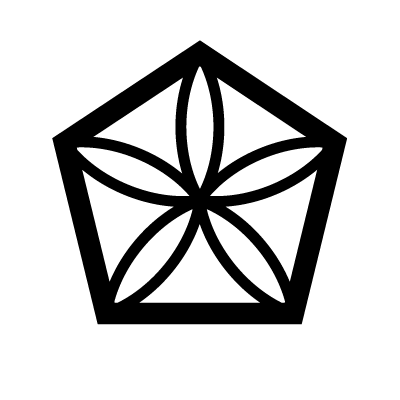 Description of The Moonflower

The Moonflower depicts the eponymous flower placed within a triangle surmounting a square. Within the geometrical lines of the symbol and the petals of the flower, a star shape is discernible.