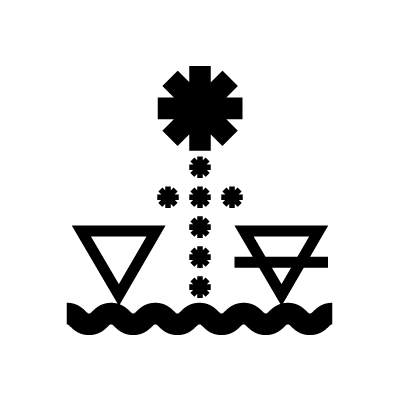 Description of The Star

The Star depicts a naked woman kneeling by a small pool of water. She is pouring liquid onto the ground and back into the pool. Above is a large star surrounded by smaller stars. The Star, when drawn upright, represents faith, purpose, hope and spirituality. When reversed, the card represents a lack or loss of faith, disconnection, despair and self-trust. The symbol consists of one small star, below which are smaller stars, representing water, while the two alchemical symbols stand in place of the two containers depicted in the original card.