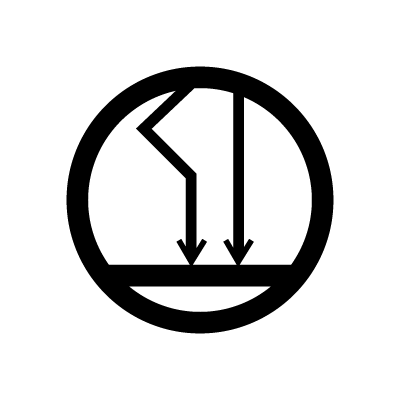 Description of The Tower

The Tower depicts a tall tower on top of a large mountain. There are bolts of lightning in the sky above and around. Two figures are leaping from the upper windows. The Tower, when drawn upright, represents chaos, destruction, turmoil and sudden change. Reversed, the card represents transformation, fear of change, and liberation. The symbol consists of a circle containing two downwards-facing arrows, one of which is crooked, the negative space between representing the tower. The arrows represent the chaos and turmoil of the lightning strikes and falling figures.