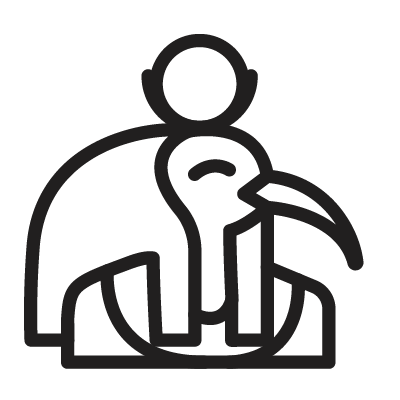 Thots Egyptian God or Djehuty, in Egyptian mythology, is the god of the moon, wisdom, counting and writing, the patron of sciences, scribes, sacred books, the creator of the calendar. The wife of Thoth was considered the goddess of truth and order, Maat. The sacred animals of Thoth were the ibis and the baboon, and therefore the god was often depicted as a man with the head of an ibis, sometimes with papyrus and a writing instrument in his hands. The Egyptians associated the arrival of the ibis-Thoth with the seasonal floods of the Nile. He, identified with the moon, was considered the heart of the god Ra and was depicted behind the Ra-sun, since he was his night substitute. Thoth was credited with creating the entire intellectual life of Egypt. “Lord of time”, he divided it into years, months, days and kept track of them. The wise Thoth wrote down the birthdays and deaths of people, kept chronicles, and also created writing and taught the Egyptians to count, write, mathematics, medicine and other sciences.