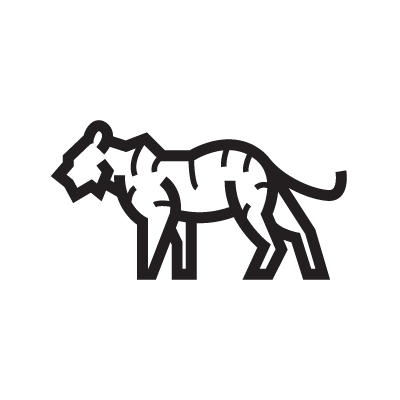 The very word “tiger” conjures up notions of fierceness, swiftness, and also great beauty. To fight like a tiger is to fight with great savagery.
In China, the tiger, rather than the lion, is the King of the Beasts. Like the lion, it symbolizes nobility, power, ferocity, and authority. The tiger is also somehow seen as an angry animal; this is partly explained by the legend of the first tiger, said to have been a young boy, whipped many times by his teacher hence the stripes, who was pushed too far, escaped into the forest in a furious rage and transformed into the animal.
For any warrior, to eat tiger meat or to wear the skin of the tiger is said to give dominion over the beast. A remnant of this belief is borne out by the image of the old buffer in his pith helmet standing on the head of the tiger-skin rug, demonstrating the power of his “superior” male ego in the slaying of the beast. Women were forbidden to eat tiger meat in case it made them wayward or difficult to control.
There are parallels between the wolf and the tiger, too, as a symbol of raw sexuality. Chinese myth has a story very similar to the West’s Little Red Riding Hood, which features a tiger in the place of the wolf, and there are stories of a fearsome creature called a weretiger, a nocturnal monster that is driven to terrible acts by the appearance of the full Moon. The tiger is believed to be a shape-shifter, and certain human beings have the power to transform themselves into the beast. The savage power of the tiger also makes it a symbol of protection; it would be a very great asset to have this animal on your side, especially since they are supposed to be able to consume evil spirits with no adverse effects. Because of this, effigies of tigers were placed on graves. The tiger is a very good mother and will defend her cub to the death. The dichotomy of the tiger symbolism—as a savage creature that also protects—is demonstrated perfectly by its place in Buddhist belief. Along with the monkey (symbolizing greed) and the deer (symbolizing lovesickness), the tiger, representing anger, is one of the Three Senseless Creatures of Chinese Buddhism.