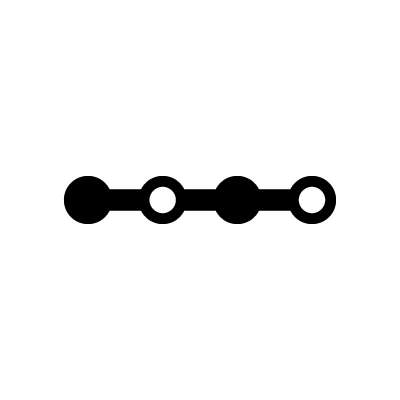 The symbol consists of four small circles arranged in a horizontal row and connected by three short, thin lines. The symbol might be mistaken for a string of beads or pearls. The first and third circles are shaded, while the second and fourth are outlined. The symbol represents spiritual energy and time. Whether it suggests that time should be taken, or given, is context dependent.