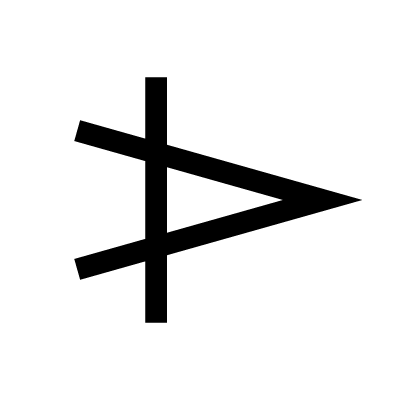 Description of Time to Change

The Time to Change symbol consists of a right-facing, narrow chevron that is intersected at its center by a vertical, solid line. The enclosed shape of a triangle is created between the vertical line and the apex of the chevron. The symbol signifies that the time has come to change, and that only through change is success possible.