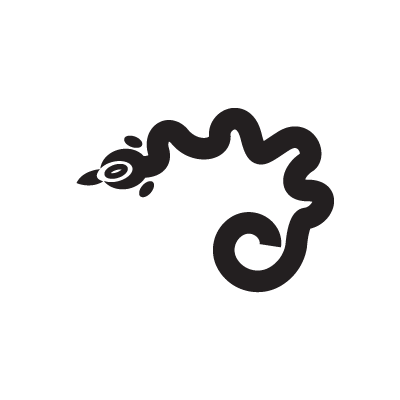 Tokchi’i is said to be the guardian of the East and the Hopi Snake Clans. It is taken from an earthwork that, at 1320 by 20 feet, is the largest depiction of a snake in the world, dating from a time before the Hopi tribes who believe it was carved by their ancestors. As a symbol, the Tokchi’i represents protection. The swift snake is said to have the power to attract light.