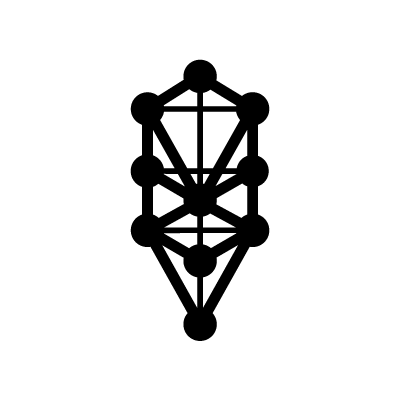 Description of Tree of Life - Sephiroth

The Tree of Life is a symbol created from the connection of 10 different points, or nodes, that are created from the intersectional points between seven circles. It represents the idea of common ancestry. In the Jewish tradition, the symbol is said to promote understanding of the nature of God.