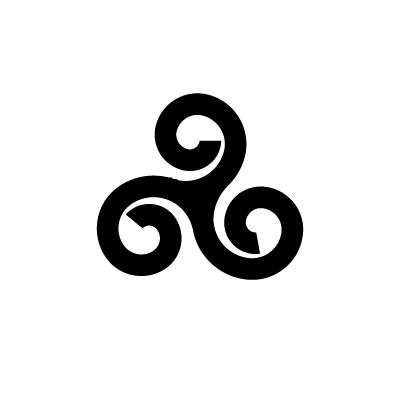 The triple spiral is extremely ancient. It may be older than the first Celtic tribes who used it. The symbol represents female power, femininity, motherhood, transition and growth.