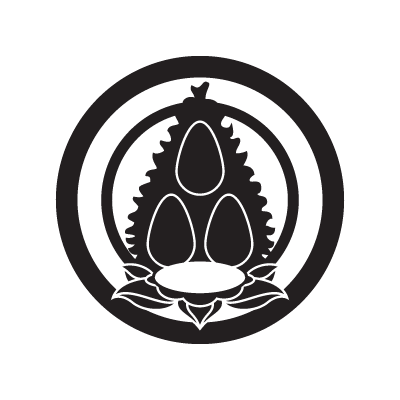 The Triratna represent the three jewels of Buddhism. This is the Buddha, the Dharma, the Sangha. It consists of other symbols found in Buddhism, such as a lotus flower, the vajra, the trisula and the nanda-chakra. This is to showcase the powers and strengths of Buddhism and is usually associated with the dharma wheel.