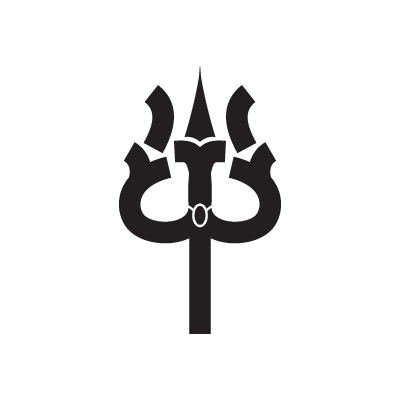 The Trishula is a trident, or “three teeth.” Although found in many different mythological canon, it is associated with the god Indra’s vajra – three-pronged thunderbolt of sorts. Across Hindu and Buddhist culture, the three prongs represent a variety of qualities such as knowledge, power, and will. The trident is also seen in Buddhist art as a representation of his teachings on ethics, meditation and wisdom.