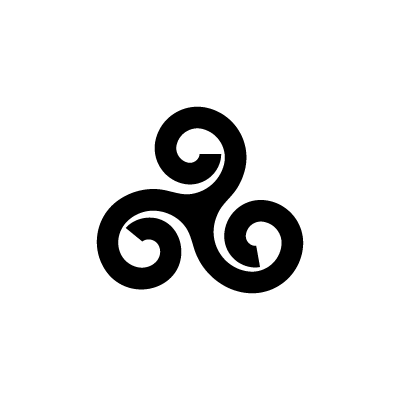 The Triskeles, sometimes known as a “Celtic love knot”, is one of the oldest Celtic symbols. The three sides represent earth, water and fire. The continuous line represents love, unity and eternal life. The significance of the three sides is unknown, though some symbologists suggest a connotation of motion, movement or energy.