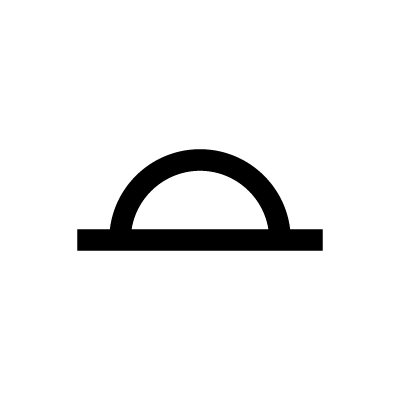 The Trustworthy symbol consists of a horizontal line, upon which sits an inverted wide U shape, creating a semi-circle between the two. The horizontal line extends beyond the connection point with the inverted U. The symbol resembles a depiction of a sunrise. It represents stability, reliability and trustworthiness.