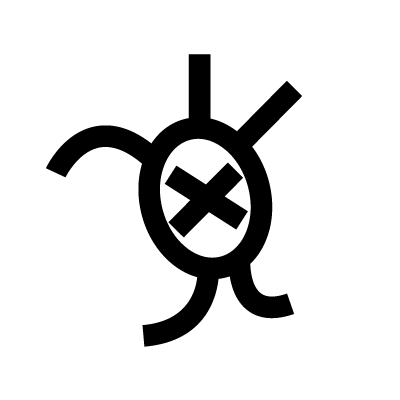 Going back to the legend of the tumor, and when its removal was attempted a turtle was found, this symbol relates to that. The turtle is seen as the origin of life. It is a maternal figure. It is representative of fertility and mankind. Its connection to mother earth, i.e. Dimivan Caracaracol (Mother Earth) and the tumor removal, it cements the symbol of the turtle as the beginning of life.