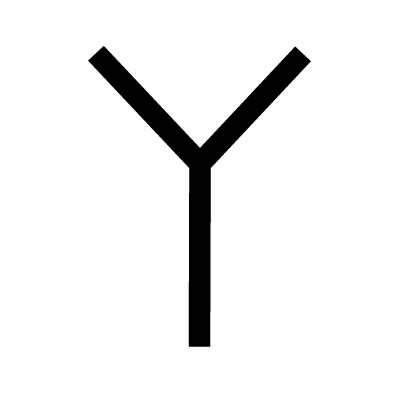 The Upsilon Cross is derived from the Greek letter Y. Some also refer to this as the Thieves Cross in reference to the two thieves that were crucified on either side of Jesus. Many paintings depict a cross of this type when showing the crucifixion of Jesus. The Upsilon Cross is also seen as a representation of the trinity – the Father, the Son, and the Holy Ghost.