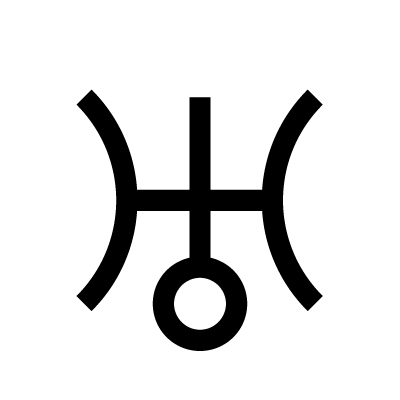 Uranus is the planet in the solar system between Saturn and Neptune. The symbol consists of a circle within a larger circle, on top of which is an arrow pointing upwards. It combines the symbols for the Sun and for Mars. In the European tradition, Uranus is associated with the sky and the Sun. In the Indian tradition, it is associated with eccentricity, originality, and sudden change.