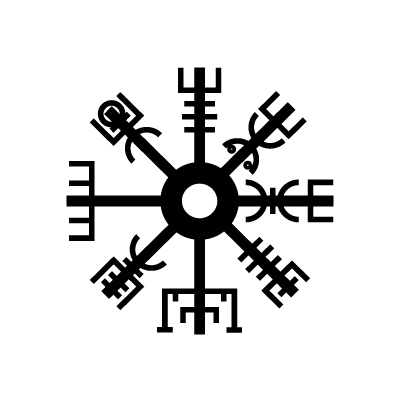 Derived from Icelandic, the Vegvisir literally translates into Way guide. It is a representation of the different paths to take, and a guide to mortals. The Vegvisir is a symbol to help find one’s path. It is also known as the Viking compass and a symbol for protecting one’s self.