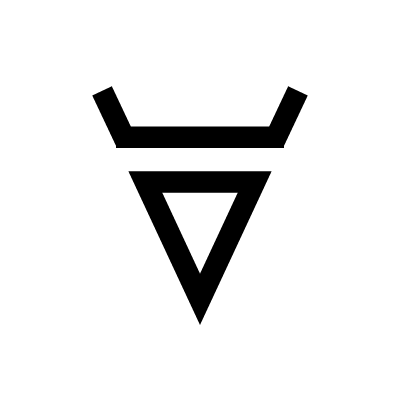 In the Slavic mythology, Veles (or Bog Veles) is the guardian of the Heavenly Gates, which separate the spiritual world from the physical world. He is associated with herders and cattle farmers. It is believed that, for this reason, Veles’ symbol has stylized horns. Veles is associated with creativity, honesty and determination, as well as common sense wisdom and personal responsibility.