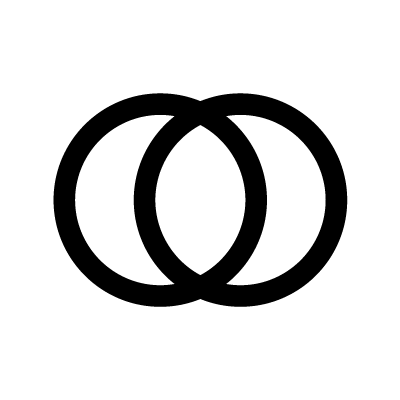 The Vesica Piscis consists of two equally sized circles, where the center of each circle connects to the circumference of the other. The symbol resembles a Venn diagram. The space between the two circles, at the point where they overlap, represents the cosmic womb and the mother of creation.