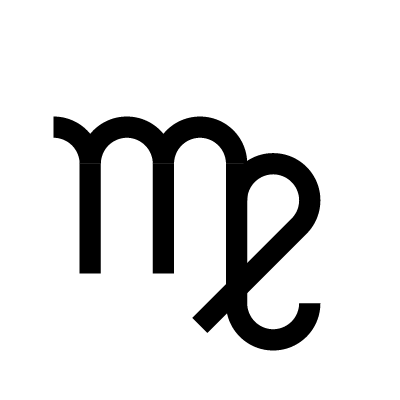 Virgo is the sixth sign of the zodiac and it is the symbol of the maiden (virgin). The symbol consists of an M in which a looped line crosses the line that is furthest right. This is said to resemble the crossed legs of a chaste virgin. Virgo is associated with earth and the planet Mercury. Those born between August and September have Virgo as their star sign.