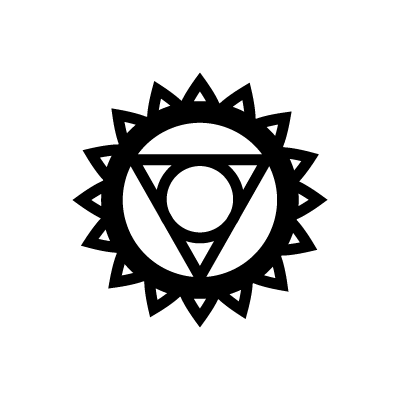 Vishuddha (or Vishuddhi) also known as “Throat chakra” is located at the throat, its name means “Purest”. It represents communication, growth, and expression. It is depicted as a lotus with sixteen petals. It contains a downward-facing triangle surrounding a circle (representing ‘aether’ or quintessence).
The modern color associated to Vishuddha chakra is blue.