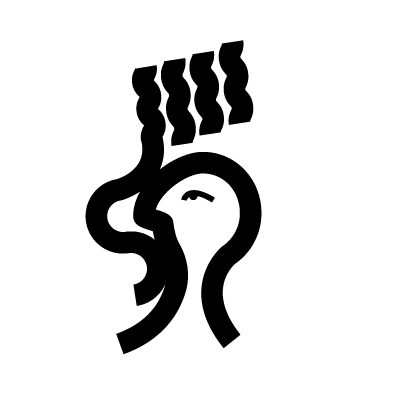 Wakan is a Sioux concept, referring to the spirit of all things and their energy. In this symbol, a man calls upon the wakan spirits (which may be good, or bad) using a hand gesture. The Sioux mythology states that all things are ultimately connected as one spirit (Wakan Tanka).