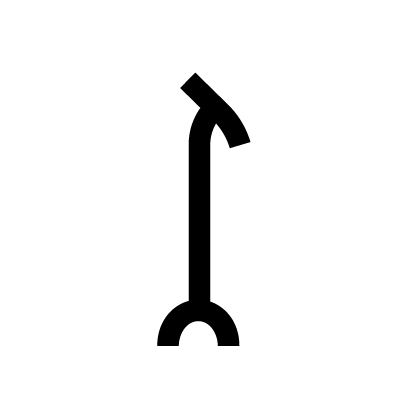 Description of Was - Sceptre

Was-sceptre denotes power. The was-scepter was used as a representation of power. It was associated with deities such as Anubis and pharaohs. The symbol is also a representation of chaos by the deity Set. It also has meaning in the context of death, as it was seen as a protective tool for the deceased.