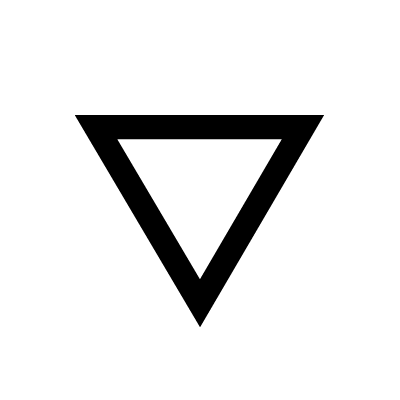 The Water symbol consists of a triangle with the apex facing downwards. The symbol represents water. It is the inverse of the fire symbol and is thought to resemble a glass or cup. It represents wetness and coldness, as well as femininity.