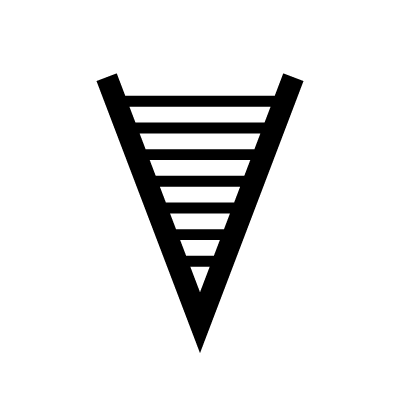 The Wealth symbol consists in a narrow V shape comprising two thick, diagonal lines. It contains a series of thin, horizontal lines which connect on either side and become wider as they move further from the inverted apex. The Wealth symbol represents spiritual development and wealth – both inner wealth and external abundance.