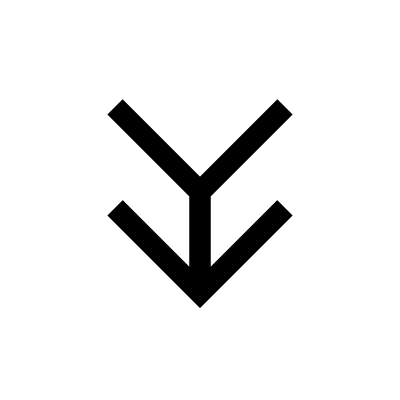 The Wedding symbol consists of two wide V shapes, one above the other, connected by a solid vertical line. The symbol resembles a squat arrow shape. The symbol represents marriage, though it can also refer to any lasting partnership.