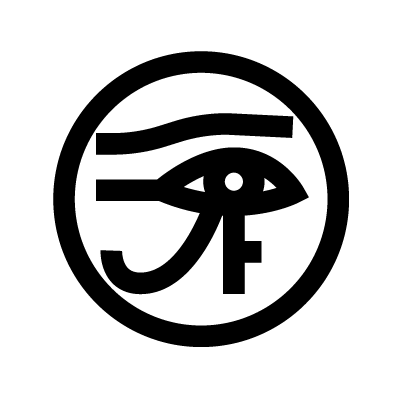 Wedjat eyes are a symbol of protection against the evil eye. It is a representation of the falcon god Horus. These can often be found on coffins and tombs as a way to protect the dead and ward off evil spirits. The lines underneath the eye are an association of similar markings on a falcon’s face.