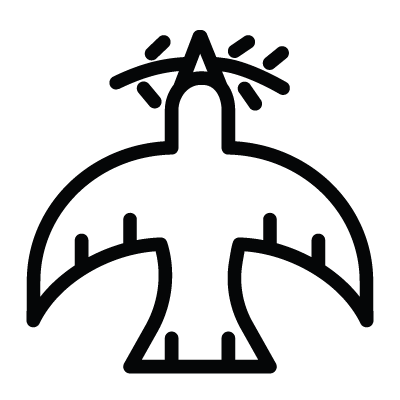 A white Pigeon with fluttering wings is a sign of the Holy Spirit. The white Pigeon holds in its paws a golden censer filled with the aromas of all earthly and heavenly fragrances. When the white Pigeon hovers ahead of the Grail procession and smokes with a golden censer, everything around is filled with the fragrances of the Garden of Eden.
The Templar Pigeon was associated with the symbolism of the holy grail.
A Pigeon with an olive branch was in the seal of Etienne de Thiel-Châtel, a mentor from Fontenotte.