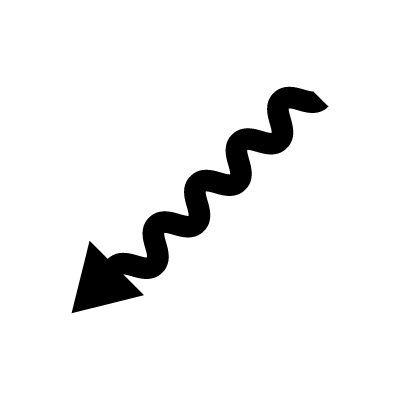 The Wisdom symbol consists in an arrow, of which the shaft is a wavy or meandering line. The arrow moves at a slight diagonal and the arrowhead is pointing downwards and to the left. This represents wisdom and specifically a person who is wise and true to themselves. If the arrowhead were to point downwards and to the left, the symbol would represent far-sight and impressive powers of observation.