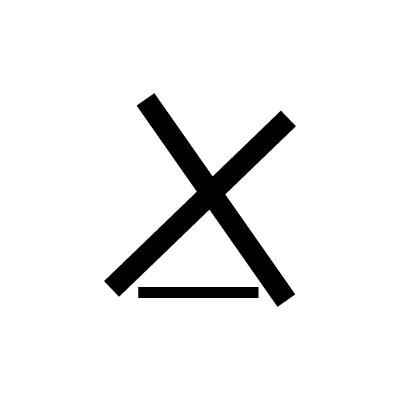 The Wise Influence symbol consists in an X shape, where the diagonal line moving downward from left to right is slightly longer than the line that moves upwards from left to right. At the base is a short horizontal line that sits between the two diagonal lines of the X. The symbol represents wisdom and influence, but may also be used as a warning against one trying to influence and control others.