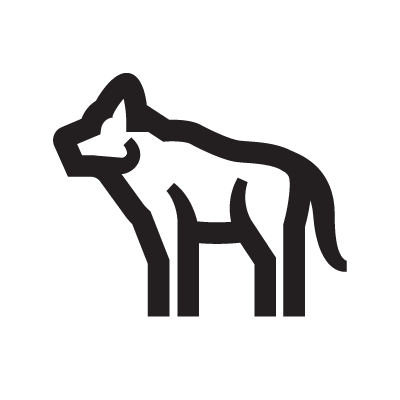 The wolf that disguises itself as the grandmother in the tale of Little Red Riding Hood shows the creature as a trickster, with malevolent intentions. However, the disguise isn’t very good and the little girl recognizes the wolf by its easily identifiable features—huge teeth and massive eyes—and so makes good her escape. Here, the wolf is also a sexual predator, another emblem of the animal that has endured since ancient times; the “wolf whistle” is aptly named and the tendencies of the wolf itself are well known. Like the wolf in the fairytale, its true nature is impossible to disguise for long, just like the proverbial “wolf in sheep’s clothing.”
The wolf also has a reputation of being a loner, hunting not in packs but singly. In Greece, it was associated with the Gods Zeus and Apollo as a symbol of masculine power, energy, and sexuality.
The Egyptians, too, worshipped the wolf, at the city of Lycopolis, which was even named for the creature. Here, the wolf also acted as a psychopomp, a creature that guided the souls of the dead into the Afterlife. Anubis, the greatest of all the conductors of souls, had the head of a wolf or of a wild dog or jackal. The God of Time, Chronos, has a wolf-like face, symbolizing the monster that devours human time.
It was a wolf that suckled Romulus and Remus, the legendary founders of Rome. Despite this maternal care, the word lupa meant “prostitute” as well as “she-wolf” and the Lupercal Temples were effectively brothels. Continuing with this theme, there’s a saying in France that if a girl is a virgin she is said to n’a jamais vu le loup, i.e. to have never seen the wolf; the opposite is true for a girl who has lost her virginity.
The werewolf is arguably the most sinister aspect of this creature. Warlocks were believed to be able to transform into wolves in order to disguise themselves when they traveled to their unholy meetings, and the belief in a wolf/human hybrid is prevalent throughout much of the world.