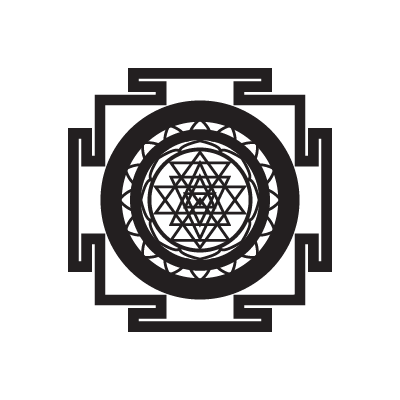 The Yantra has complex meaning and is often used as a tool in meditation. The Yantra helps balance the mind and bring it towards spirituality. Whether worn, enacted, or concentrated on, the yantra is said to hold a myriad of benefits. It is seen as the destruction of evil from negative emotions such as desire and anger. Yantra translated means “Instrument”.