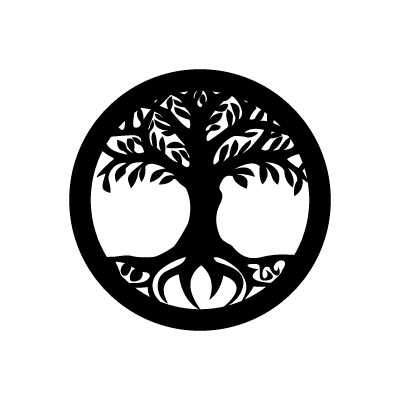 The Yggdrasil is the belief in the cyclical nature of life. It represents a central tenet for much of Norse mythology: each and everything is in a constant state of transformation. A powerful symbol, the Yggdrasil is at the center of both worlds: immortal and mortal. Its roots represent the nine realms of existence, both the seen and unseen worlds.