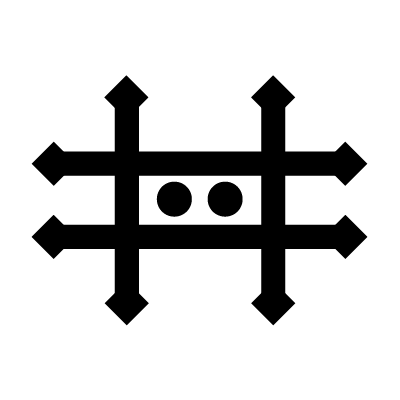 The symbol for zinc consists of a matrix of two sets of intersecting parallel horizontal and vertical lines. The lines are bookended by small, unfilled diamond shapes. A rectangular shape is created in the centre of these lines, containing two small, unfilled circles. Alchemists would sometimes refer to zinc as ‘Philosophers’ wool’.