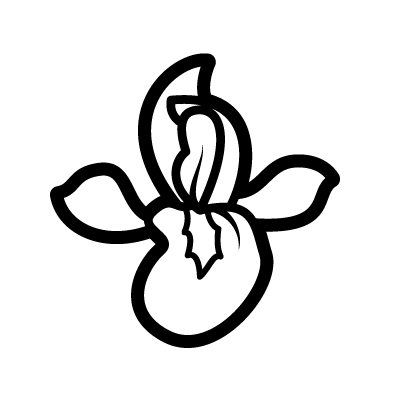 The iris flower has generally been associated with royalty. It is also associated with wisdom and respect. Yellow irises represent passion. Irises are seen as a symbol of courage, determination, and faith. The name iris comes from the Greek word rainbow and is linked to the goddess with the same name. The Greek goddess Iris was the personification of the rainbow, and served as a bridge between earth and the heavens.