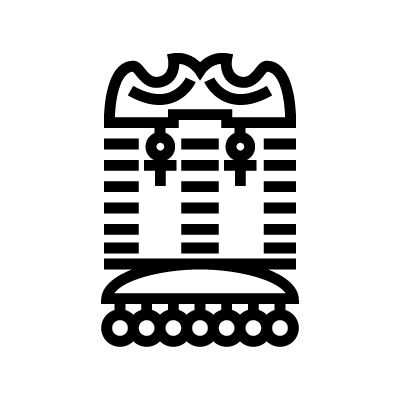 The Trapelacucha depicts the ways in which Mapuche women adorn themselves. It consists of many triangular silver plates that are used in pectorals. These are meant to symbolise the dual heavenly and earthly world of man. The upper plate shows a pair of birds facing each other and touching their beaks together. This represents the feminine-masculine duality. The design of the Trapelacucha also shows their links to the connection between the sky and the earth, and the importance of recognizing both in the world of man and mother nature.