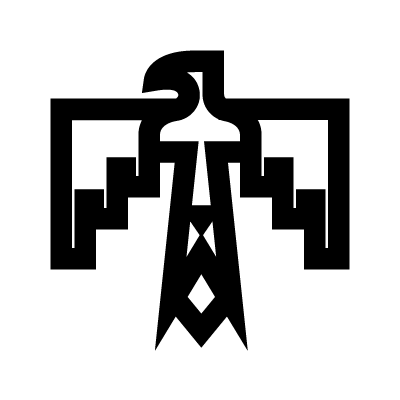 The thunderbird is common to all Native American mythology. The thunderbirds are responsible for rain, lightning, and stormy weather. The eagle is considered to be the earthly representative of the mythical thunderbird. Offerings were made to the thunderbird of tobacco when the crops needed rain.