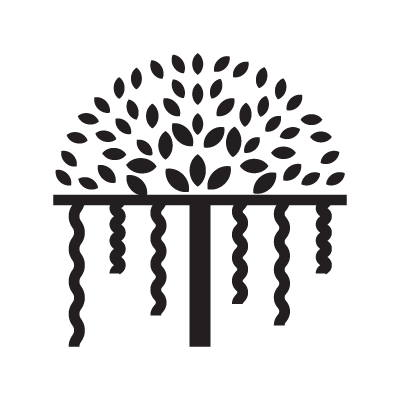 Vata, the banyan tree, Ficus indicus, symbolizes Hinduism, which branches out in all directions, draws from many roots, spreads shade far and wide, yet stems from one great trunk. Shiva as Silent Sage sits beneath it.